← more from
The Cat Box Corp.
Get fresh music recommendations delivered to your inbox every Friday. 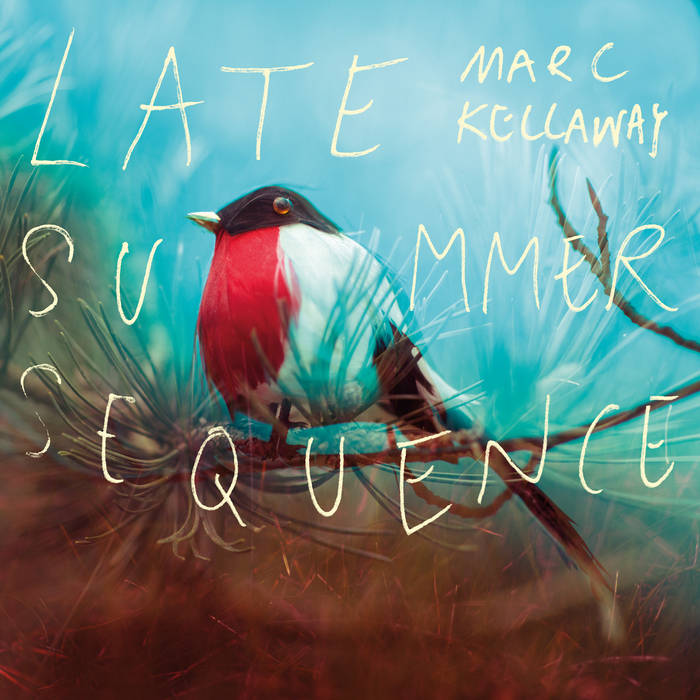 Even though I have been making music for over two decades, this is my first album under own name. It feels kind of naked, and also a little like coming out.

First there was a series of field recordings of a subtly personal nature, like the railroad tunnel on September Sleep captured the first time I visited my boyfriend's hometown. It was a rainy day, and he was showing me the marshy lake area where he used to play as a kid. And another lake, showing up on October Song, where I recorded the wind in the reeds and the sounds of the water birds a sunny windy day we were visiting my parents. And at some point it dawned on me that he had actually been present while making all the field recordings used on these tracks.

There was also a sudden renewed interest again in playing (as opposed to programming and sequencing) instruments - the piano, my beloved Moog Sub 37, my equally beloved Hammond organ - which all lead to something more melodic than my music usually tend to be. I started out working on an album mostly about texture, and then I ended up with something as alien as a modest synth solo on October Song.

It gradually also became clear that waves were a structuring principle, from the slow simple breathing bass patterns lying beneath most tracks to the way the textures overlap and recede. Not to mention the various lakes featured and the sounds of lapping waves on August Drone recorded on a small secret beach in a Danish suburb another hot summer day.

So while I in general do not subscribe to the idea that music need to be about something, nor that context necessarily add anything to the listening experience, I think this album actually is about something: The gradual change of summer into autumn. The slow breath-like movement of waves. And of being together with someone you love. Which is all very new things in my music. I hope you find a bit of peace here.

A 4 track / 71 minute sequence to follow summer into autumn performed, recorded and mixed by Marc Kellaway June 2019 to January 2020.

Field recordings: Various lawns in Stockholm during a heat wave (#1), a small beach in Frederikssund (#2), underneath a rail road bridge a rainy day in Ringsted (#3), by a lake in Ølstykke (#4)

This album is for Kristian, who was by my side when all the field recordings were made.
Additional thanks to Paw, Søren, Tanja, Marie and Connie.

For more than two decades Marc Kellaway has been a central part of the Copenhagen underground scene whether making organ driven psychedelic noise rock with Distortion Girls, or mutating old rehearsal tapes and field-recordings into dubbed out techno with The Exquisite Test Center.

Bandcamp Daily  your guide to the world of Bandcamp

Little Brother joins the show to discuss their beautiful journey, plus tunes from Fat Tony